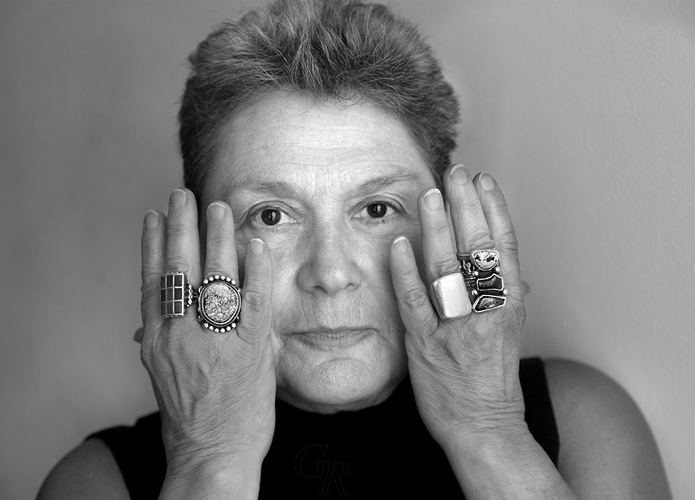 
Joanne Mattera works in a style that is chromatically resonant and compositionally reductive. She has had solo shows in New York City at the Stephen Haller Gallery (1995) and OK Harris Works of Art (1996, 2007). Her 39th career solo, From Dawn to Dusk, took place at ODETTA Gallery in Manhattan late in 2019.

She is represented elsewhere around the country: in Atlanta by the Marcia Wood Gallery; in Denver by Space Gallery; in the Bay Area by Adler & Co. Gallery; and on Cape Cod where a solo at Miller White Fine Art is planned for August 2022. Joanne also enjoys associations with Margaret Thatcher Projects, New York City; Projects Gallery, Miami; and the Boston Drawing Project at Carroll & Sons Gallery. She participates in curated exhibitions with American Abstract Artists in New York City and elsewhere. Her work is included in Geoform, an international online project curated by the artist Julie Karabenick, which is focused on contemporary geometric abstraction.

Writing and curating
In addition to her studio practice, Joanne writes regularly and curates when opportunities present. Her memoir, Vita: Growing Up Italian, Coming Out, and Making a Life in Art, was published in 2019 by Well-Fed Artist Press in New York City. Through her Joanne Mattera Art Blog she reports on exhibitions and art fairs in New York City, Miami, and elsewhere.

Curatorial projects include Textility in 2012 at the Visual Arts Center of New Jersey, Summit, which she produced with the institution’s curator, Mary Birmingham; projects at the Rice Polak Gallery in Provincetown in 2011 and 2012;  A Few Conversations about Color at DM Contemporary in Manhattan in 2015; and Depth Perception in 2017 at the Cape Cod Museum of Art, Dennis, Massachusetts, which she curated with Cherie Mittenthal in conjunction with the 11th International Encaustic Conference.

A new project, Italianità, brings together the work and stories of Italian American visual artists. While the artists' aesthetic is not necessarily reflective of their experience as first-, second-, or third-generation Italian Americans, their stories offer interwoven threads of language and culture in the Italian diaspora.

Joanne is the founder and director emerita of the International Encaustic Conference, an event devoted to a contemporary medium with a historic past. Relatedly, she is the author of the first commercially published book on encaustic in half a century, The Art of Encaustic Painting: Contemporary Expression in the Ancient Medium of Pigmented Wax (Watson-Guptill, 2001).

Joanne divides her time between Manhattan and Massachusetts.